The Frontline Defense Against Russian Subs

Media reports over the past year have detailed increased Russian submarine activity in the North Atlantic Ocean and off the coast of Norfolk, Virginia. The U.S. also faces heightening naval threats from China. As the new Cold War intensifies, there is more need than ever for the only aircraft that can detect and track foreign submarines. 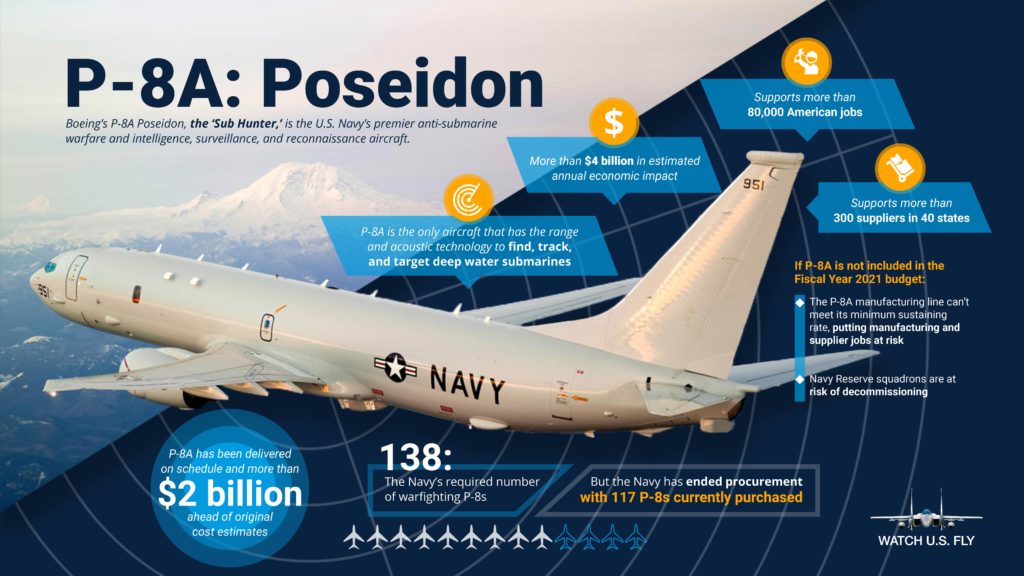 The P-8A Poseidon, aptly nicknamed the “Sub Hunter,” is versatile, with mission capabilities including long-range anti-submarine and anti-surface warfare, intelligence, surveillance, and reconnaissance. As foreign threats increase, the Sub Hunter is increasingly essential for military readiness.

The P-8A Poseidon is the tool the U.S. Navy needs to defend and protect American coastlines from adversarial naval attacks.