Tax Reform Leads to a Big Boeing Commitment to Charity

Boeing was one of the first American companies to announce an investment in its people due to the passage of the tax reform law. 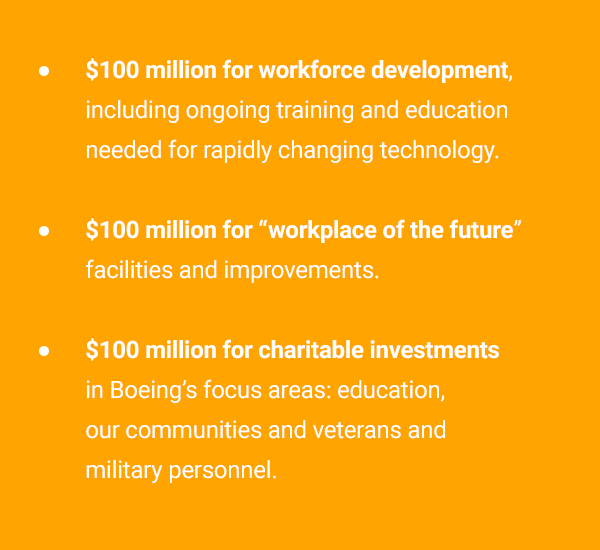 As part of Boeing’s $100 million charitable investment, the company has announced an enhancement to the “Dollars for Doers” employee match program. This program rewards those who donate or volunteer their time with their local communities. 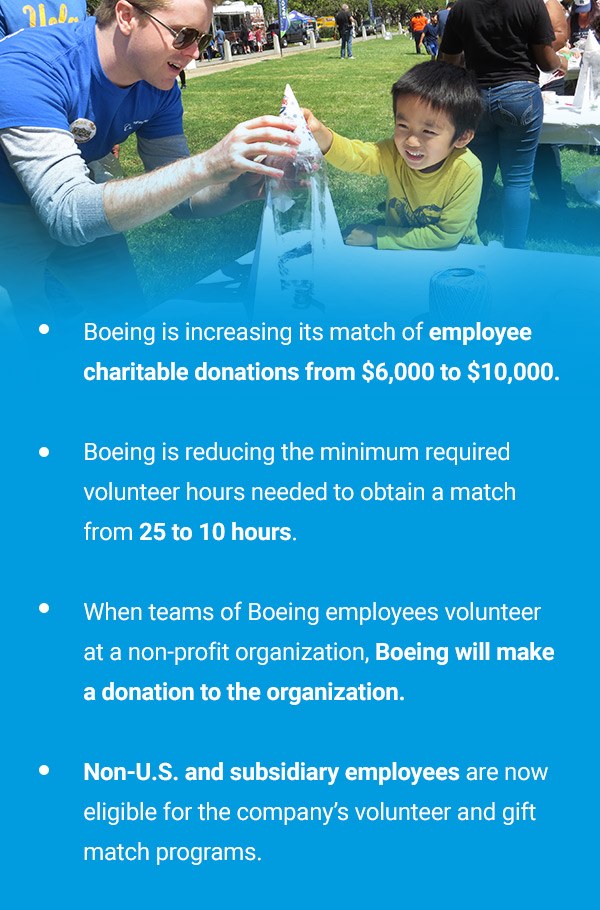 Boeing employees have an impressive record of giving their time and resources to local communities around the world.

In 2017, Boeing employees volunteered more than 400,000 hours and donated more than $34 million to charitable causes around the world.

The expanded “Dollars for Doers” employee match program will help Boeing make an even bigger impact in 2018.

These are the tangible results of a tax law that is improving the lives of America’s workers and their local communities.

Read more about all the ways Boeing’s employees are giving back.