Although the F/A-18 Super Hornet’s final assembly occurs at one site, the components that make up the F/A-18 are created across the country in 44 states. 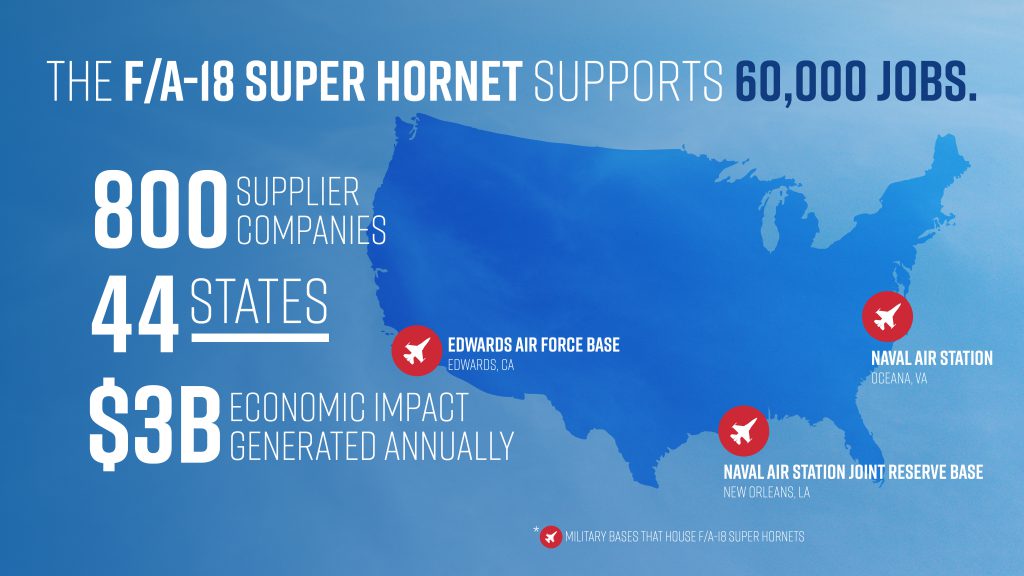 As one of the most cost-effective aircraft in the U.S. tactical aviation fleet, the Super Hornet is taxpayer-friendly. It’s also a job creator. Approximately 800 small and medium sized businesses across the country manufacture the Super Hornet, creating thousands of jobs. This naval aircraft also spurs an estimated annual economic impact of $3 billion for the nation’s economy.

The F/A-18 Super Hornet is a cost effective job creator that spurs economic activity from sea to shining sea – a true win, win, win for the nation.