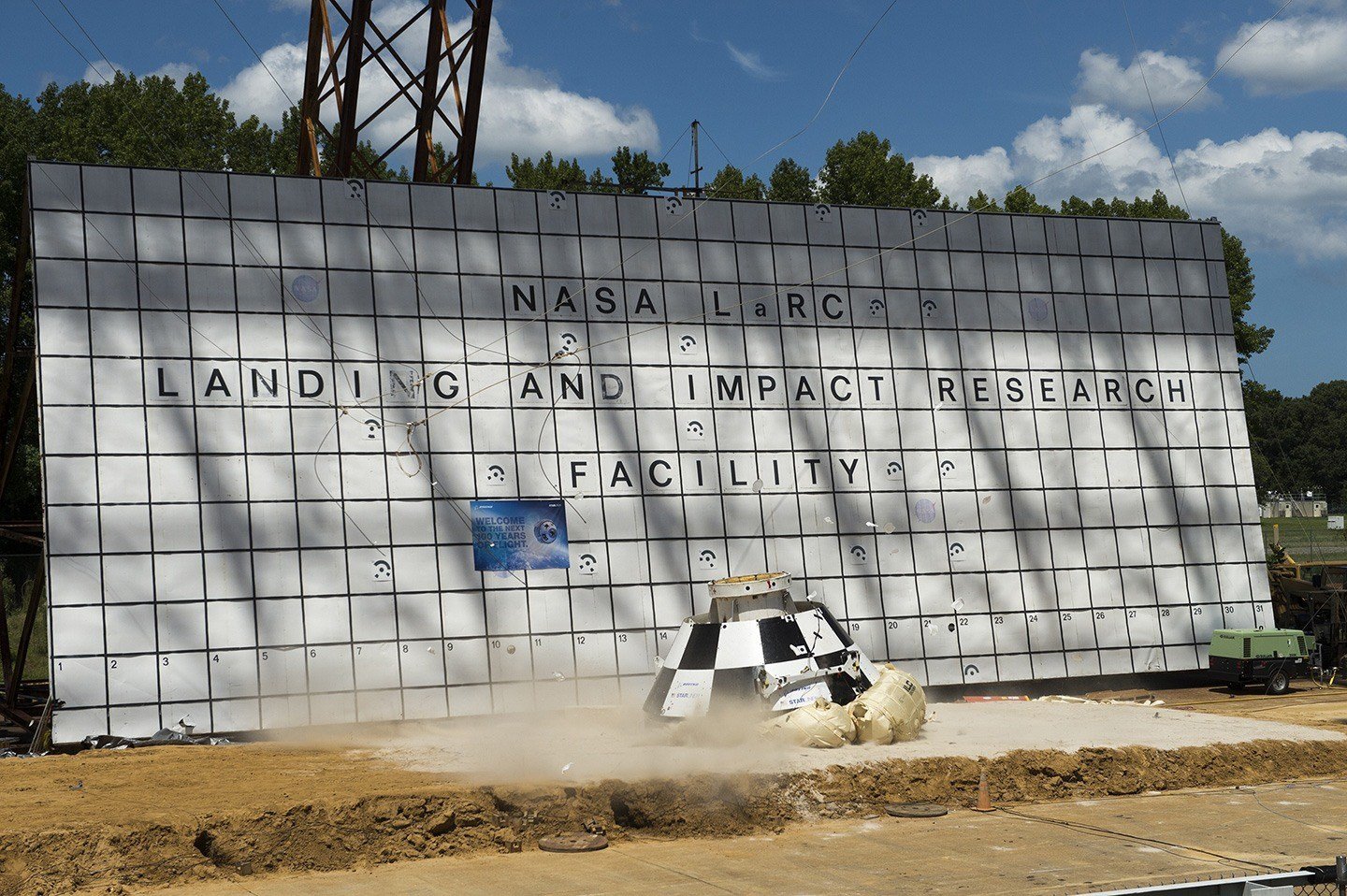 Starliner gearing up for land-based returns

The Commercial Crew Program’s Landing and Recovery Test Team is out to prove the Crew Space Transportation (CST)-100 Starliner is ready to land on solid ground. A full-size Starliner mock-up and its landing airbags performed well at NASA’s Langley Research Center in Hampton, Virginia, during two recent drop tests onto a landing surface representative of the program’s western U.S. landing sites.

“We have to make sure the vehicle will remain stable and the crew will be safe under expected landing conditions, so we’re simulating the worst possible landing velocities and angles that the Starliner could experience during a return to Earth from space,” said Chris Ferguson, Deputy Manager, Boeing Commercial Crew Program.

American-built capsules of the past – Mercury, Gemini and Apollo – parachuted down into the ocean, which made them impossible to reuse due to the intrusion and corrosion effects of salt water. With the goal to reuse each Starliner spacecraft up to 10 times, it’ll take parachutes and landing airbags to make that goal a reality.

During future tests at Langley, the team will put two anthropomorphic test dummies inside the capsule to collect data on how the landings would impact astronaut crews. To test the parachute deployment system, the team will hook a similar mock-up to an atmospheric balloon and send it up about 40,000 feet over White Sands Missile Range in New Mexico before dropping it.

Starliner’s first flight test to the International Space Station in 2017 will be uncrewed, with a crewed flight test following in early 2018. More information about the CST-100 can be found here.