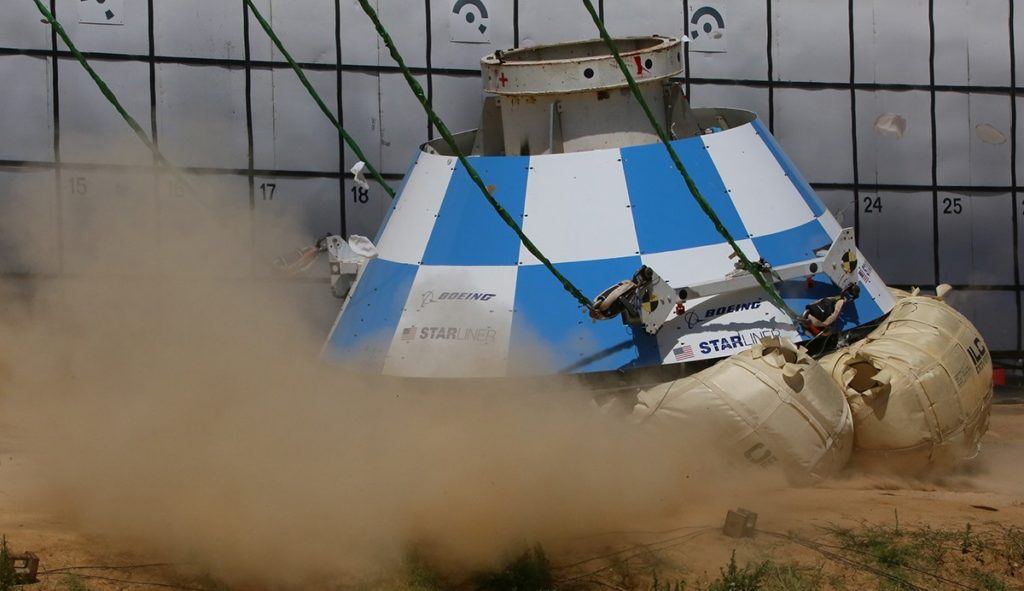 The concept of airbags protecting passengers has been around for decades, but the CST-100 Starliner team is transforming that technology by super-sizing what is typically an interior feature, and moving it to the spacecraft’s exterior.

The goal of the landing airbag system is to protect passengers, and the spacecraft itself, as it touches down on solid ground. Through extensive drop testing at NASA’s Langley Research Center, the team is proving the system will do both.

The Starliner’s airbags resemble larger versions of automobile airbags, and contain a similar mixture of compressed nitrogen and oxygen gas. The key difference is how they handle loads upon impact – dissipating thousands of pounds versus the mass of passengers in a car.

Every Starliner spacecraft has six landing airbags, each with an inner and outer airbag. Upon landing, the outer bags vent while the inner bags absorb the impact and stay inflated. There is a seventh airbag in the spacecraft’s center, only to be used in an emergency water-landing scenario.

American-built capsules of the past have parachuted into the ocean, making them impossible to reuse due to the corrosion effects of salt water. The Starliner’s landing capabilities will make the goal of reusability a reality.