Space Launch System in the News 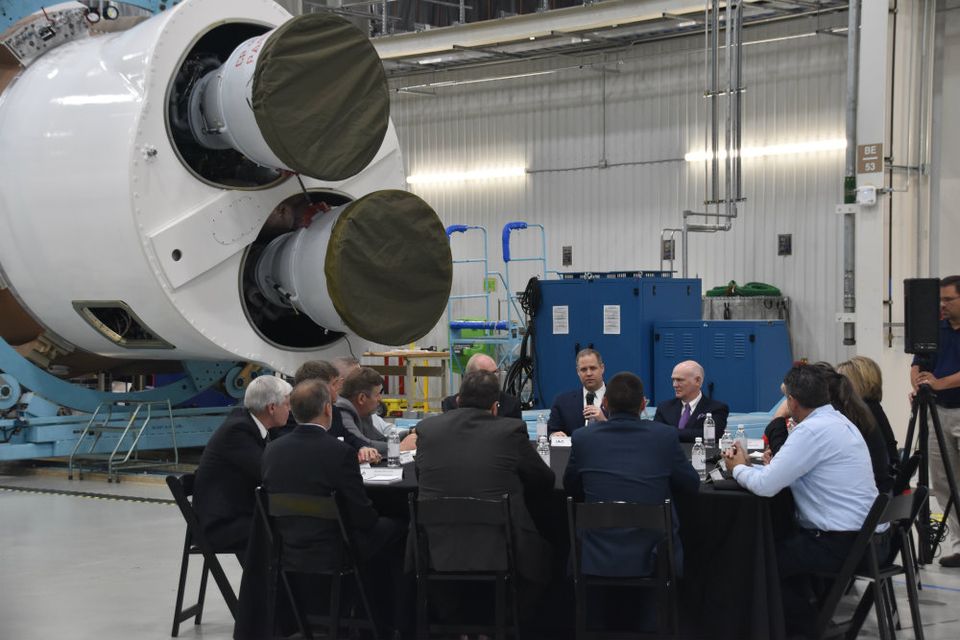 “I can’t emphasize enough that what NASA does are things that have never been done before…,” Bridenstine said. “It’s sometimes difficult to assess what the cost is going to be and how long it is going to take. And we have to invent things along the way. This is an important part of making America great,” he said of SLS, “and we’re going to double down on it and we’re going to get it right. We’re going to the moon and we’re going to go on to Mars.” Bridenstine repeated his support for the big rocket to a roomful of rocket and space professionals in Huntsville at the closing luncheon of the annual Wernher von Braun Memorial Symposium on Space. “Write that down, ‘Bridenstine supports SLS,’” he said from the podium to reporters covering the luncheon. 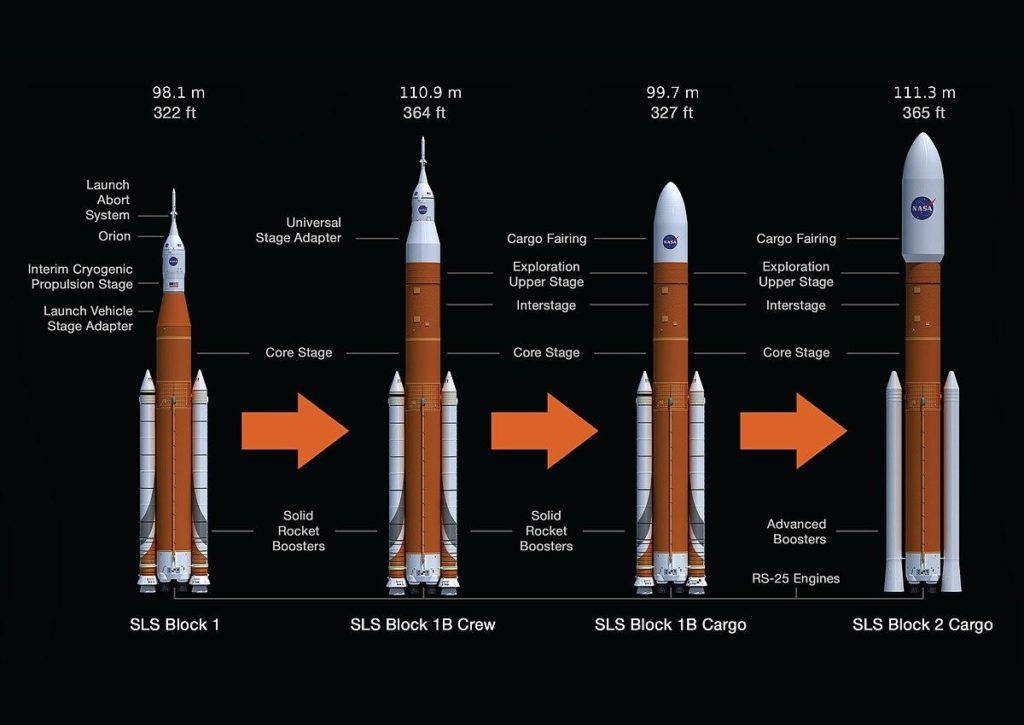 Why America Must Build the Space Launch System

Leadership in space means security, technological prowess, and innovation. Our future prosperity depends on our leadership in space,” declared Space Subcommittee Chairman Brian Babin(R-TX) during 2016 congressional hearings. Central to the future preservation of this vital American leadership will be the Space Launch System (SLS) rocket, whose unique capabilities for deep space exploration and other national goals private ventures cannot replace. The National Aeronautics and Space Agency (NASA) plans to debut SLS in 2020. SLS “will be the most powerful rocket in history, and the only one designed explicitly to support deep space exploration,” historian and commentator Nicholas Waddy has noted.Projected missions include a historic Mars expedition.

Beyond the need for competition, the SLS is the only launch vehicle currently being fabricated that can meet the needs of deep space programs such as the Europa Clipper and the follow-on lander mission. True, SLS production is behind schedule, but it is moving forward. 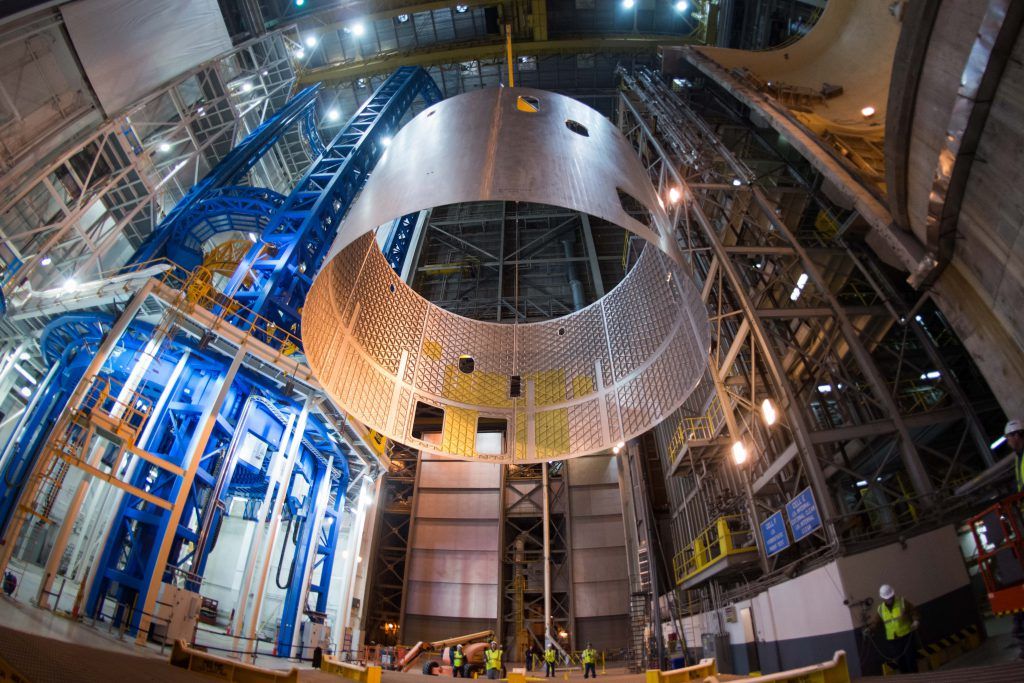 NASA, Stennis will bring more than flags, footprints to moon

“The RS-25 represents America’s ability to fly deeper into space than we’ve ever flown before,” Bridenstine said. “This is the rocket engine that we are going to use as the core stage of the SLS rocket, which is the most powerful rocket that’s ever been built, the biggest rocket that’s ever been built with the exploration upper stage. Ultimately it’s going to carry heavier payloads and bigger payloads than we’ve ever launched before.” 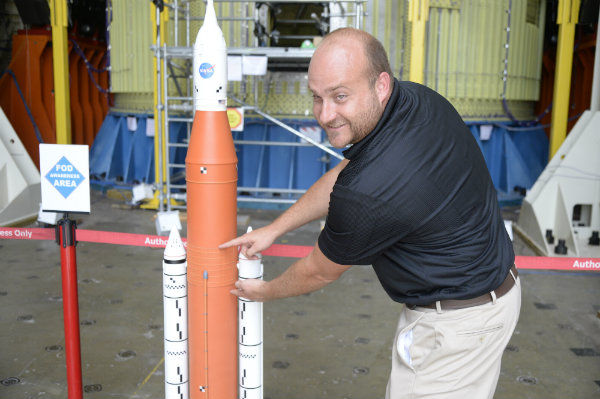 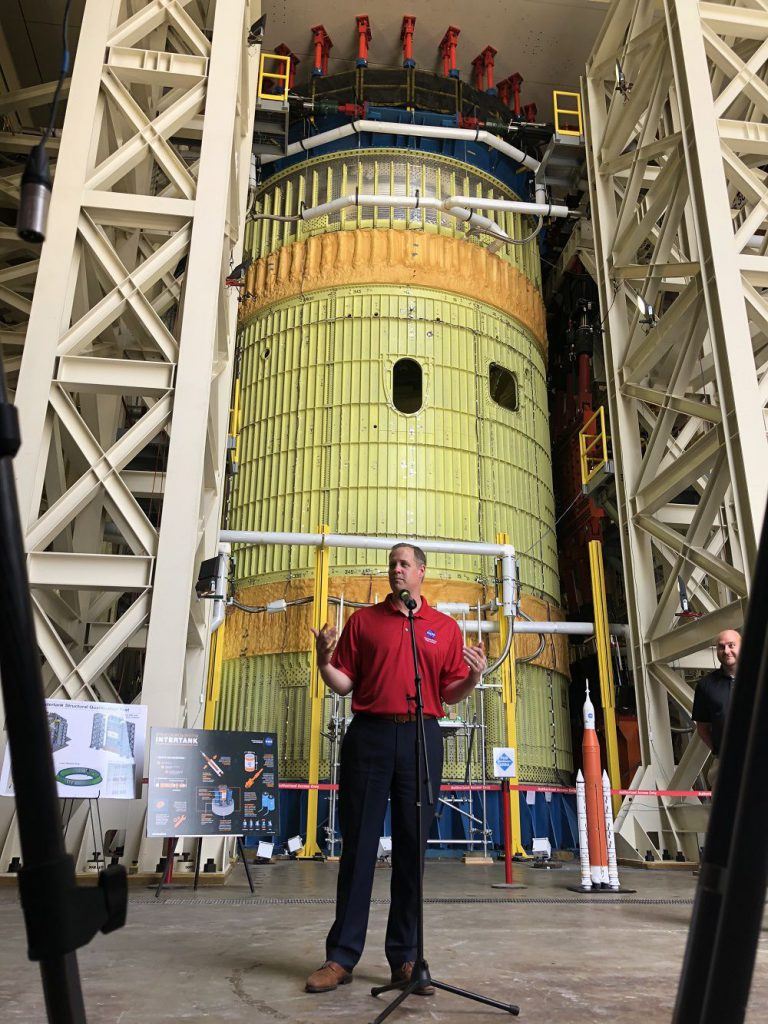 “We are about to launch the biggest rocket that has ever been launched. It’s going to carry more payload than any rocket that has ever been built before. It’s going to be taller than the Statue of Liberty,” Bridenstine said. … “A lot of times I hear folks say ‘well, there are these commercial companies that are doing amazing things,’” he said. “Yes, they are. And so is SLS and so is Orion and so is the Marshall Space Flight Center. … There is no shortage of opportunity. The idea that there is some kind of competition – that is a false notion. We want all of our partners to be successful. And that will enable us to spend money doing more than we have ever done before, going further. The rocket, the SLS and Orion, will take astronauts further than we have ever gone before in the history of humankind.” 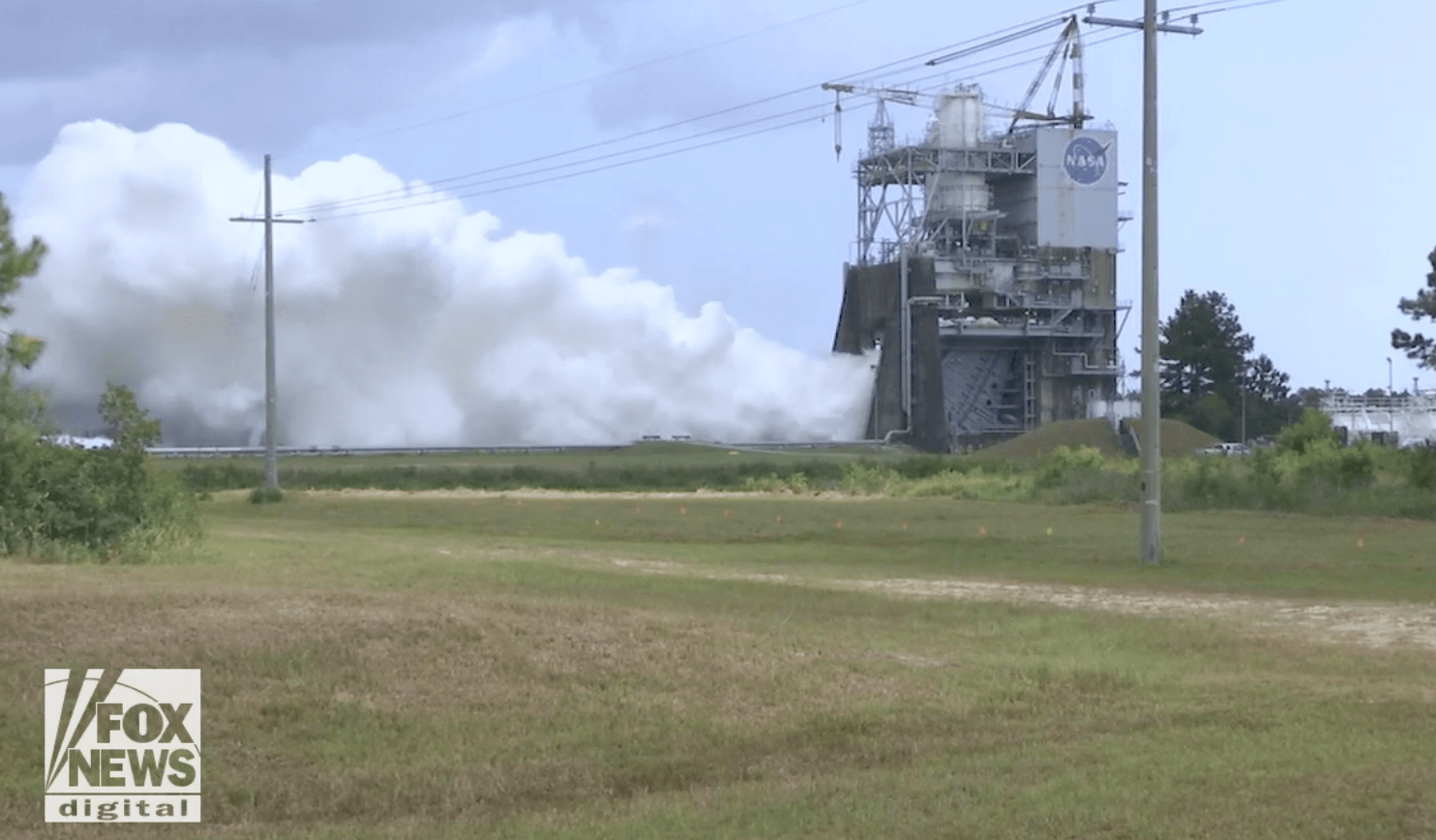 “We’re getting ready to launch what will be the largest rocket ever launched in the history of humanity,” Bridenstine said. “It’s going to have a bigger payload capacity and a bigger faring to carry larger objects than we’ve ever been able to put into orbit. This particular rocket, the Space Launch System is going to take us to the moon, and it’s going to take us on to Mars.” 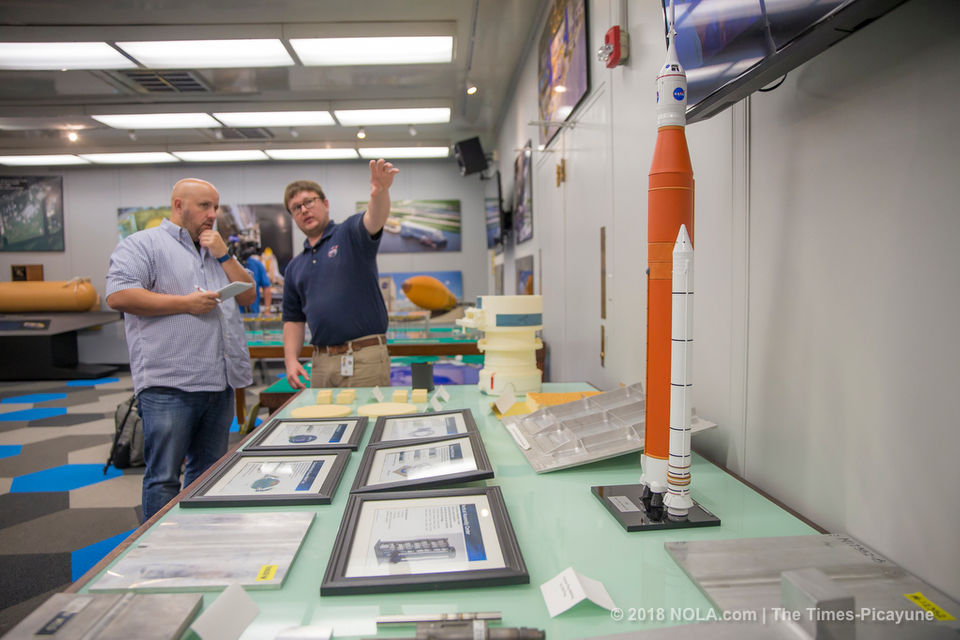 Bridenstine said Michoud employees are laying the groundwork for the moon mission, and, one day, the goal of sending astronauts to Mars. The goal with the Space Launch System is to build rocket parts that can be reused on multiple missions, not just getting to the moon, but “going in a sustainable way,” he said. Those pieces are being built in New Orleans, he added. 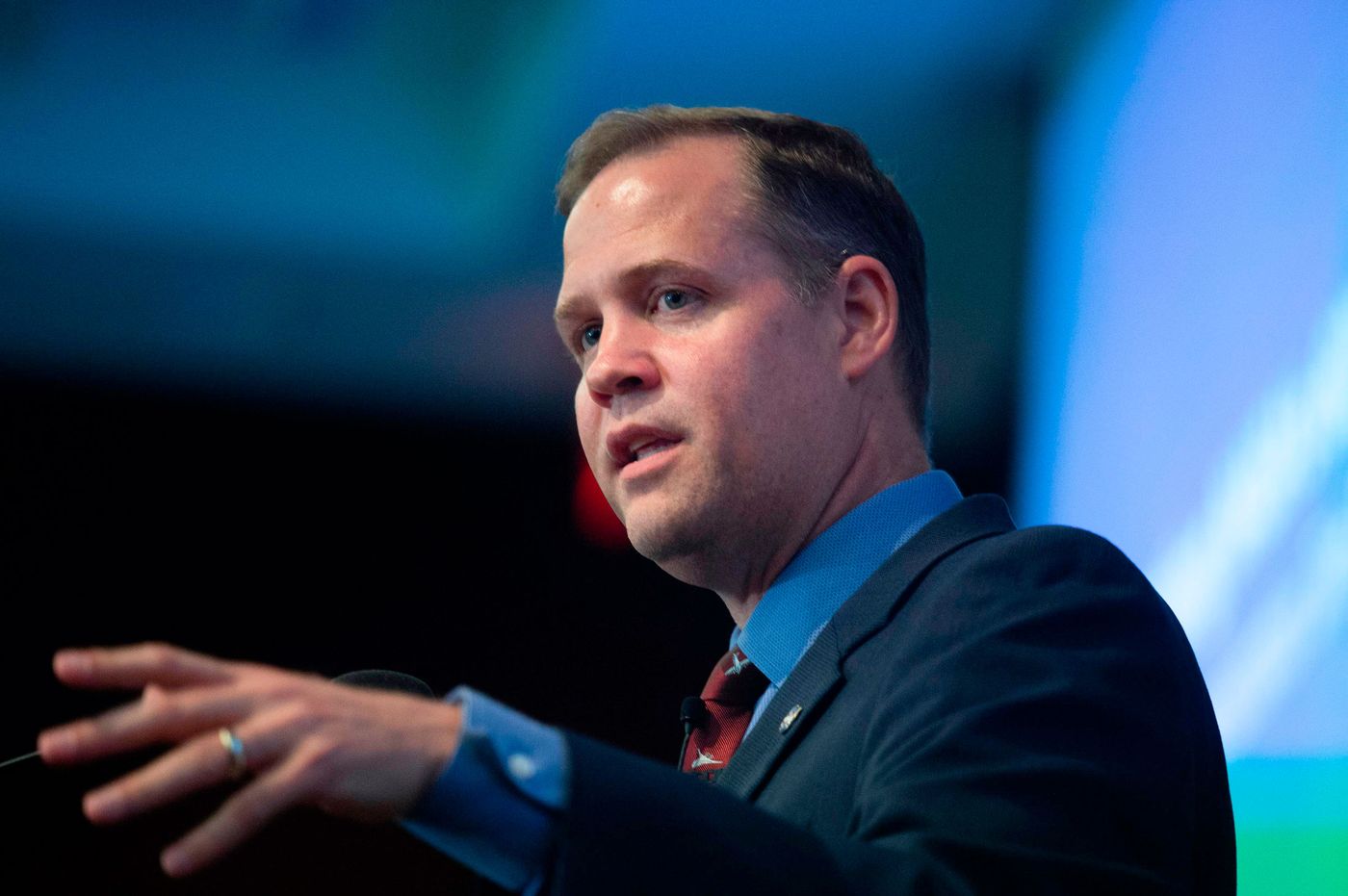 Bridenstine praised workers at Michoud for their work on the Orion spacecraft and the SLS rocket that will launch it into space, saying their efforts are helping the U.S. get ahead and stay ahead of other nations in space. “This is a brand new, very large project that is unmatched in the world,” he said. “And it will remain unmatched for a very long time.” 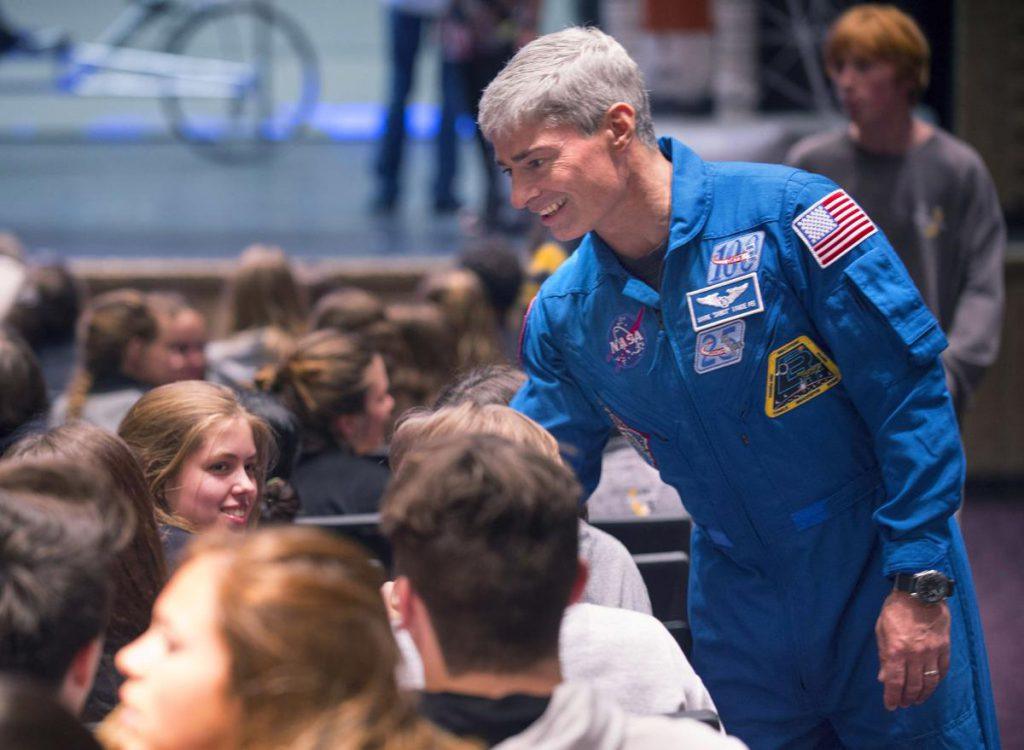 The SLS program has restored Michoud’s critical role in building America’s most powerful rockets and restoring U.S. leadership in deep space to transport astronauts further than ever before. Additionally, the SLS program is supporting hundreds of NASA, Boeing and supplier jobs at Michoud and other supplier companies across the state that are contributing critical manufacturing and components for this rocket. 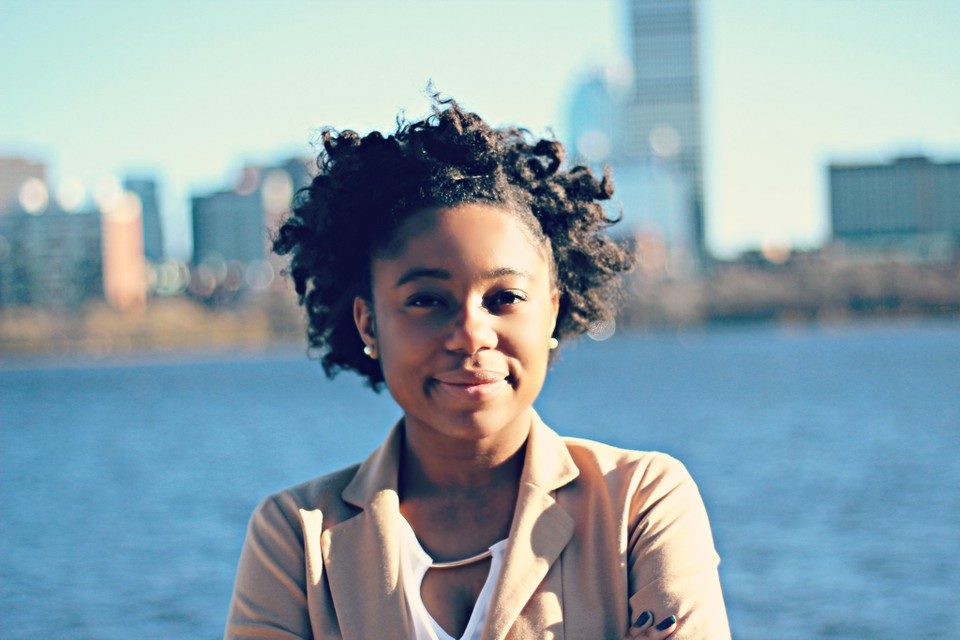 For young girls dreaming of space, there’s a place for you | Opinion

I get to help build on the amazing heritage that produced the Mercury capsule that carried John Glenn into orbit, the Space Shuttle, the International Space Station, and so much more.Today, that means a chance to work with the team building the CST-100 Starliner, which will be the first private spacecraft to carry astronauts into orbit, and engineers who are revolutionizing satellite technology. Other teams are strengthening the space station and developing the next generation of space outposts. And the centerpiece is our work building the SLS to send astronauts to Mars. 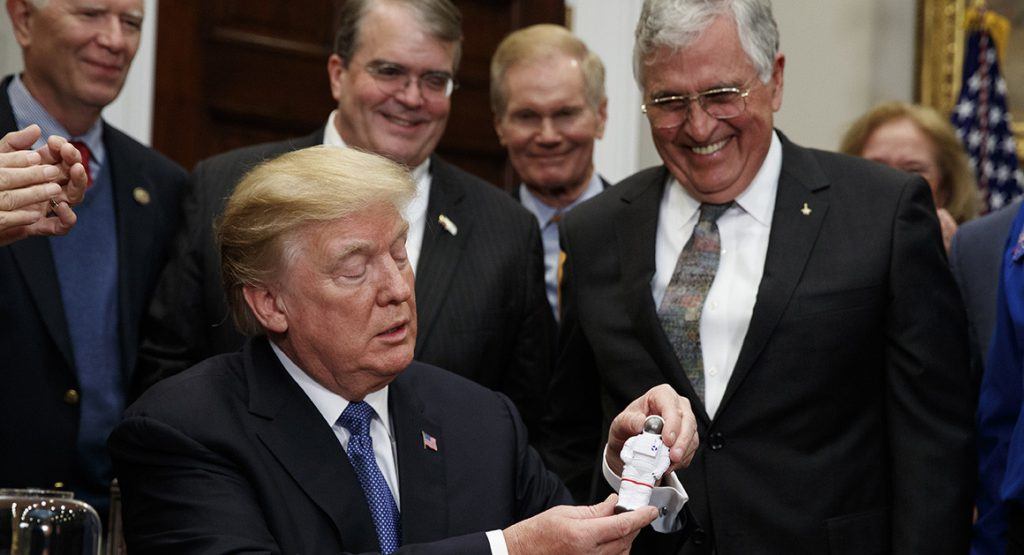 The right rocket for the moon and Mars

With regard to carrying human beings into deep space for extended missions, as it stands now SLS is the only vehicle capable of meeting inherent mission requirements. SLS and Orion were designed from day-1 for human rated missions to the Moon and Mars. The SLS growth potential even beyond that of the SLS 1B, the risk mitigation of human-rated design constraints from the get-go, and a national commitment to the maintenance of indefinite production lines will assure the future dominance of the United States in deep space. 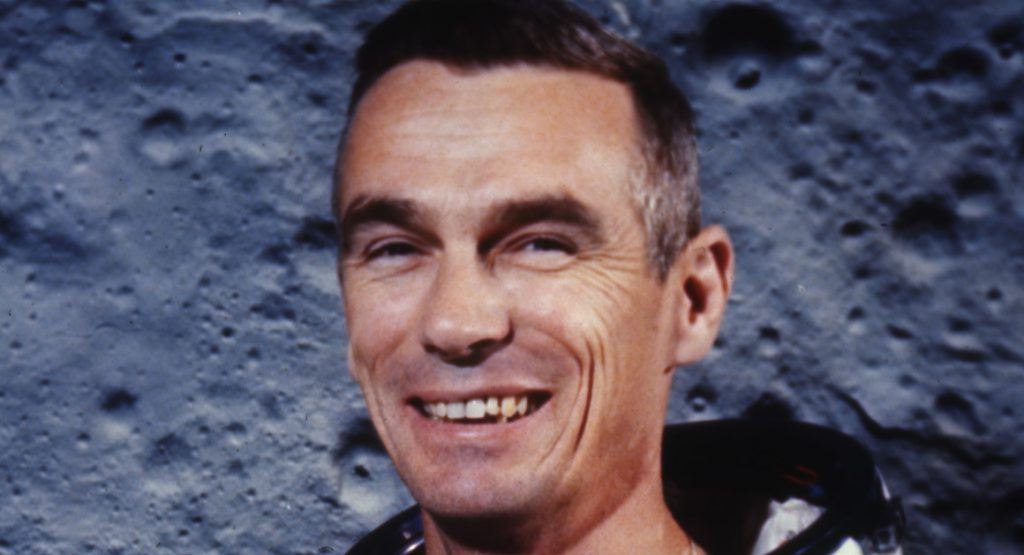 A final message from the last man on the Moon

Today’s highly evolved and improved answer to Apollo is the Space Launch System and the Orion crew exploration spacecraft. Together they can open the door to the future, providing the capabilities we need, allowing us to finally reach the furthest frontiers of space. NASA and industry are making significant progress with the development of these deep space systems. American workers across the nation are making the probability of future space exploration again attainable. If I can call the moon my home before today’s generation was even born, what challenge can be beyond their reach? 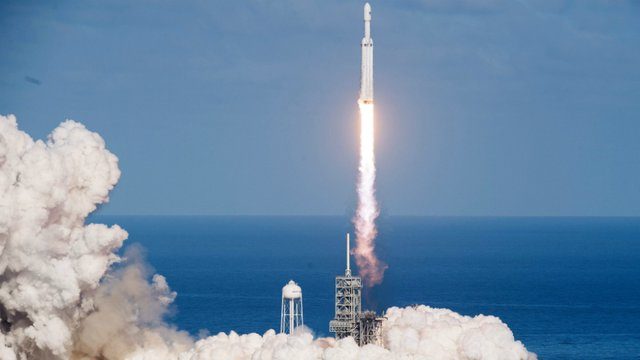 How SpaceX and NASA’s rockets compare

While SLS can launch both Orion and a 10-ton cargo element to the Moon, Falcon Heavy cannot even launch a fully-outfitted Orion to the Moon. SLS also offers unparalleled volume capability. The large fairing that will be used for SLS cargo launches can fit the equivalent volume of a 3,800-square-foot home, while the volume of the Falcon Heavy fairing is equivalent to a 750-square-foot apartment. 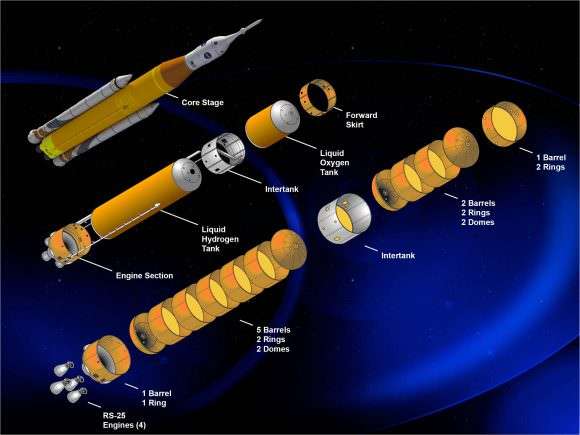 The Space Launch System – the most powerful rocket ever built

In a recent study called “The Space Launch System Capabilities for Beyond Earth Missions,” a team of engineers mapped out what the SLS should be capable of putting into the Solar System. For example, Saturn is a difficult planet to reach, and it order to get there, NASA’s Cassini spacecraft needed to do several gravitational slingshots around Earth and one past Jupiter. It took almost 7 years to get to Saturn. SLS could send missions to Saturn on more direct trajectory, cutting the flight time down to just 4 years. Block 1 could send 2.7 tonnes to Saturn, while Block 1b could loft 5.1 tonnes. 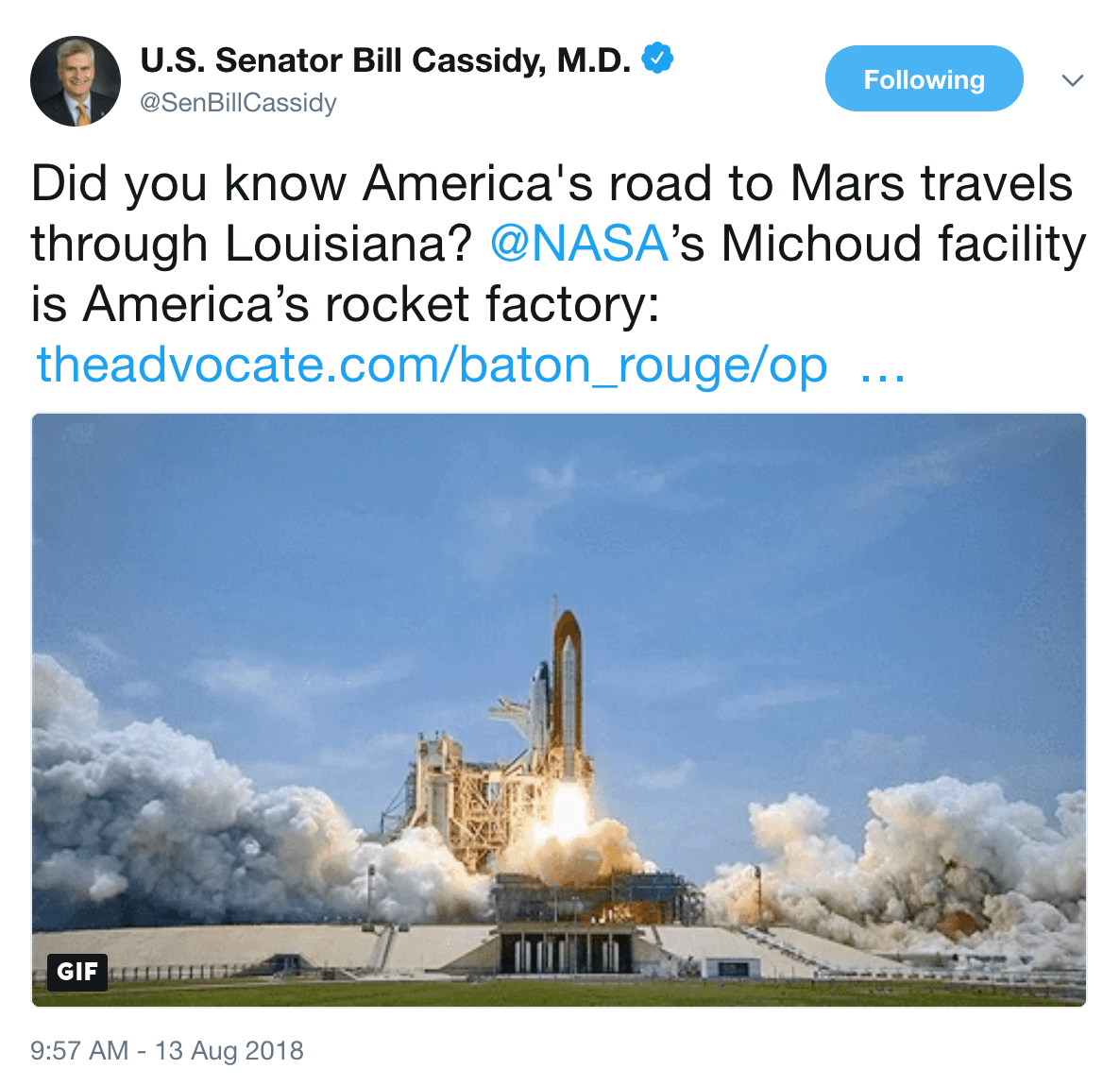 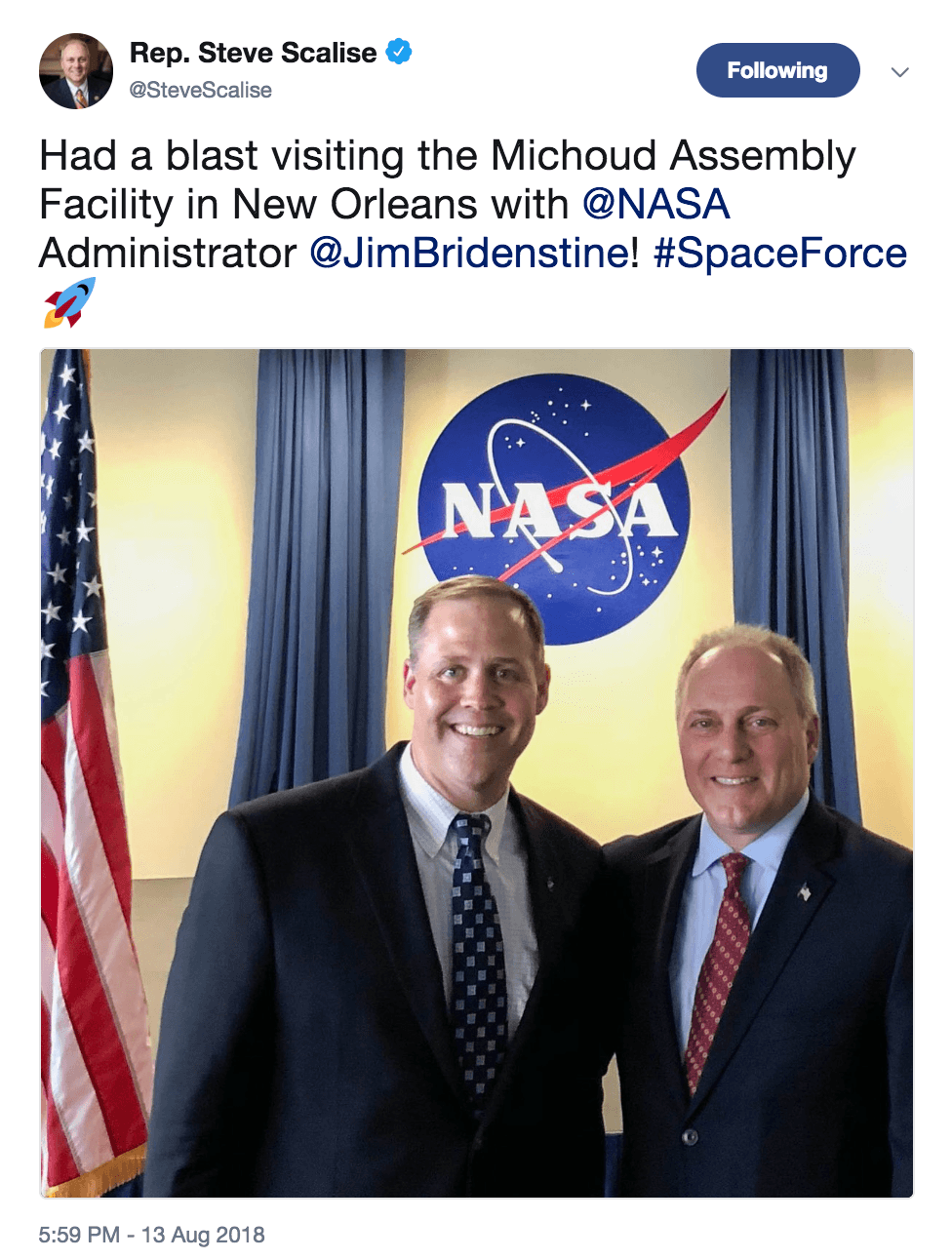 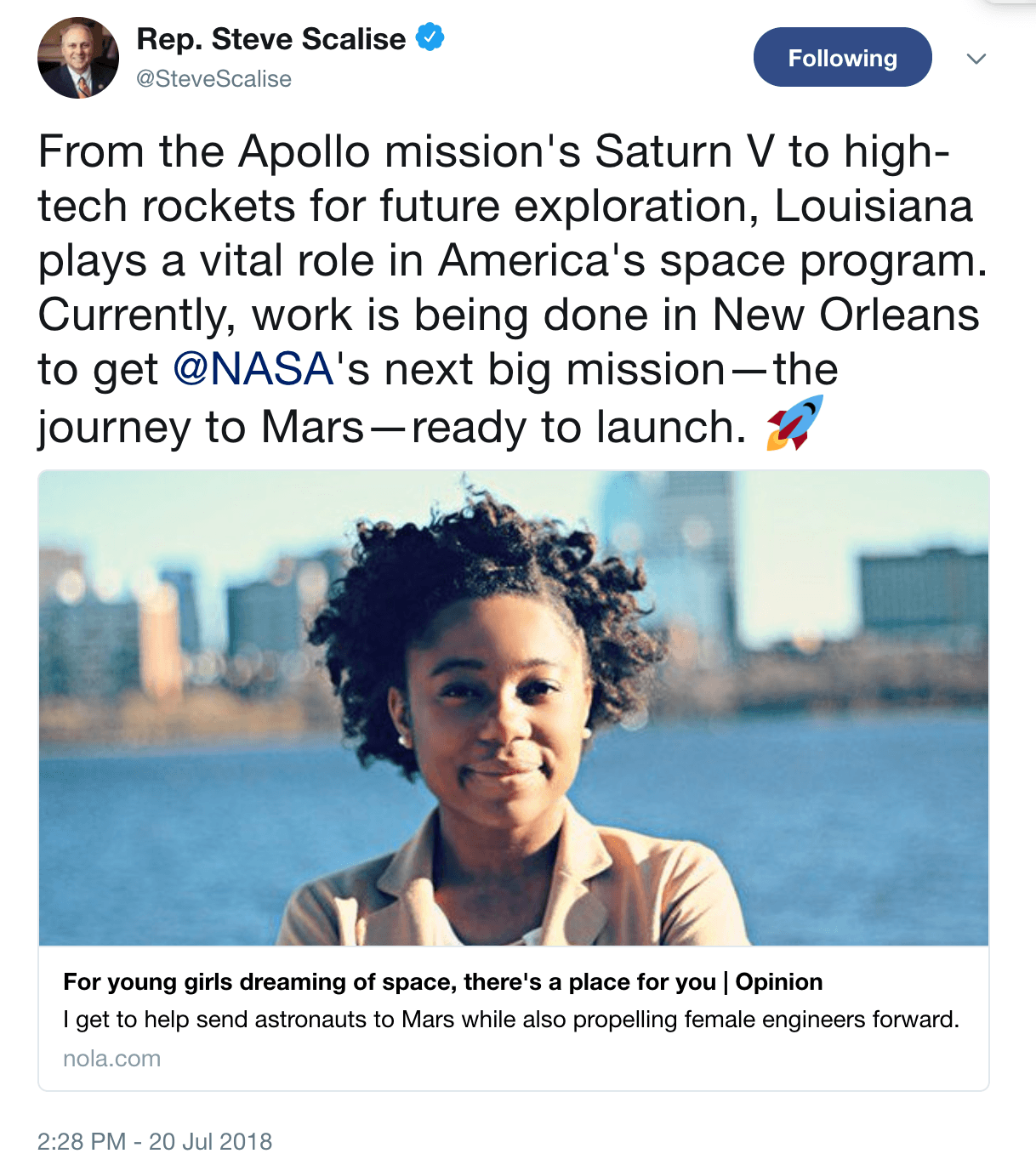