The first Space Launch System (SLS) core stage is now complete. Once the massive 212-foot-tall rocket arrives at Stennis Space Center in Mississippi, it will go through rigorous testing in preparation for its first flight. SLS is America’s deep space rocket that will take astronauts to the moon and beyond. 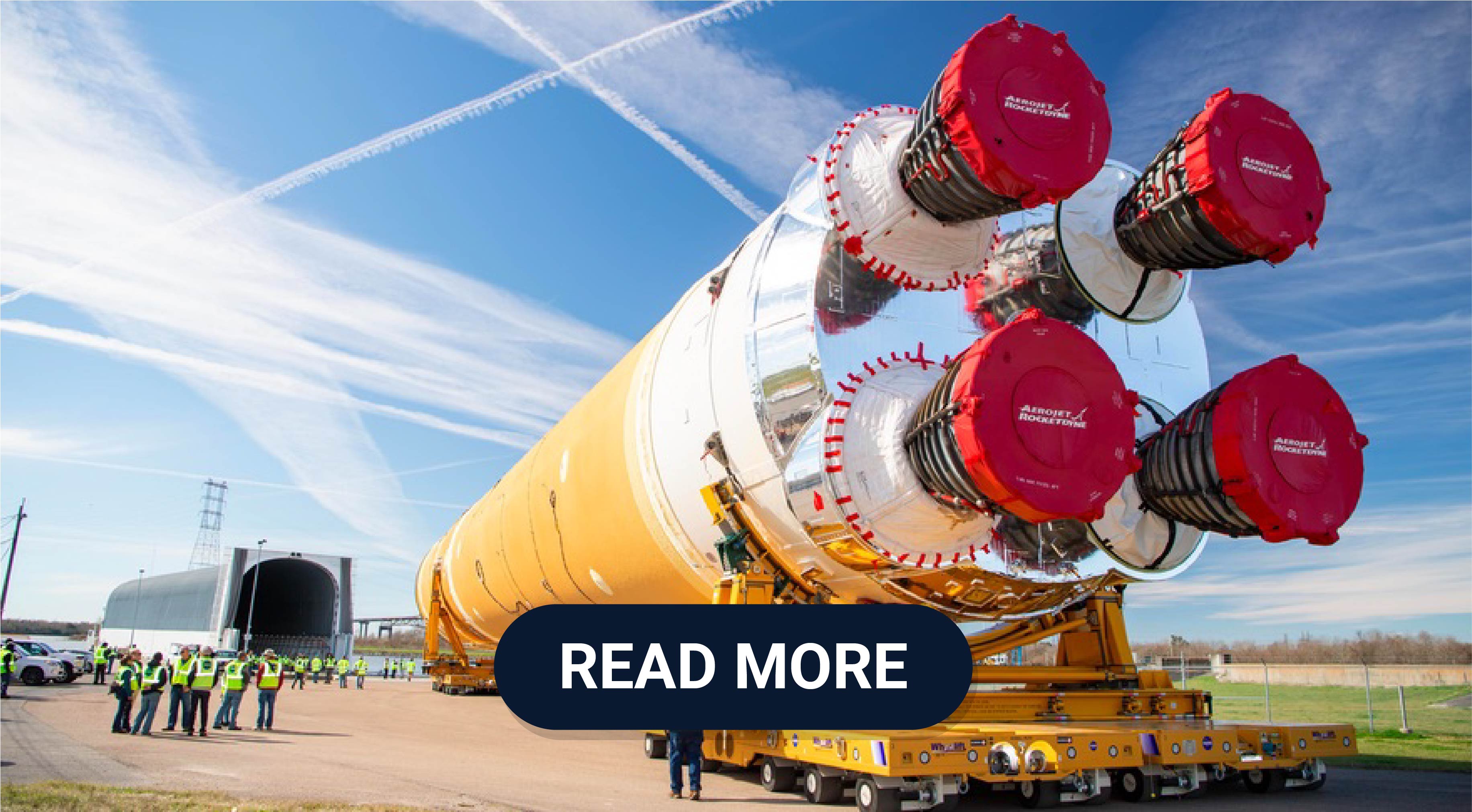 On January 8, 2020, NASA rolled out the SLS core stage from the Michoud Assembly Facility in Louisiana and loaded it onto the Pegasus barge, shipping it to Stennis Space Center. Once it clears all the tests at Stennis, it will be shipped out to the Kennedy Space Center in Cape Canaveral, Florida, to be joined with the final parts of the completed rocket: the Interim Cryogenic Propulsion Stage (ICPS) and Solid Rocket Motors.

The SLS core stage is the largest and most complex rocket in the world comprised of a liquid hydrogen tank and liquid oxygen tank. Thousands of miles of cable, wiring and tubing will connect through those elements to power the launch and guide the rocket. More than four million pieces make up the rocket core stage – about 15,000 discrete types of parts and pieces.

This key milestone is just the beginning of America’s renewed deep space commitment as production of the Exploration Upper Stage (EUS) and Core Stage-2 for the next SLS have already begun at Michoud.