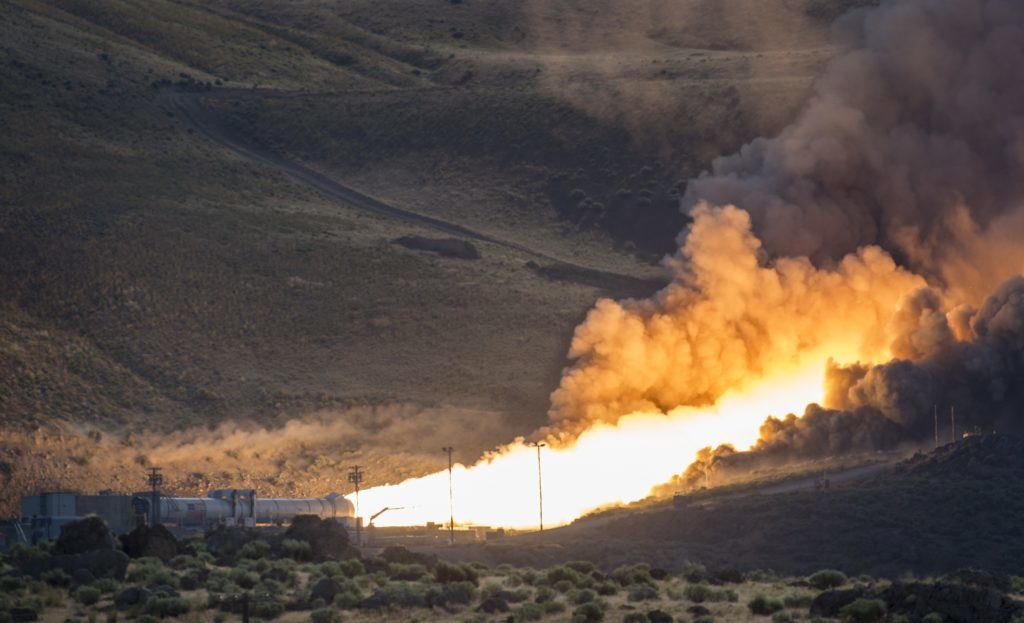 Powering Up for SLS First Flight

NASA’s Mars rocket, the Space Launch System, soared through another successful test this week with the test fire of a booster that will help to propel the rocket past Earth’s gravitational force. It was the second and final test-firing of the booster in readiness for first launch from Florida’s Kennedy Space Center in 2018.

The test was conducted by Orbital ATK, which makes the 154-foot-long boosters for NASA near Promontory, Utah and featured the booster positioned horizontally to engage 3.6 million pounds of rocket thrust, spewing smoke and flames.

Each SLS rocket will have two boosters along with four main engines to produce 9 million pounds of thrust for liftoff. The rocket will need to carry an immense amount of cargo – and humans – farther and faster than ever before to achieve NASA’s goal of Mars habitation.

During the Space Launch System flight the boosters will provide more than 75 percent of the thrust needed to escape the gravitational pull of the Earth, the first step on NASA’s Journey to Mars.

The booster was tested at a cold motor conditioning target of 40 degrees Fahrenheit –the colder end of its accepted propellant temperature range. When ignited, temperatures inside the booster reached nearly 6,000 degrees.

At the same time, Boeing is building the fuel tanks that will power the boosters and engines for SLS’ launch.