In February, Elon Musk’s SpaceX test launched the Falcon Heavy — a rocket that SpaceX touts as the “most powerful operational rocket in the world.” 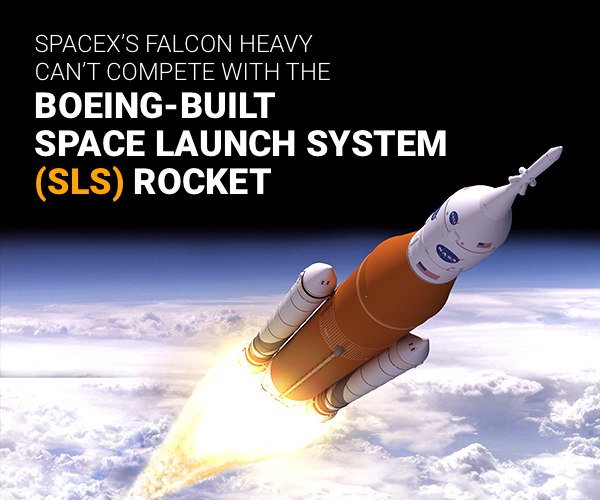 The Boeing-built SLS rocket is the only spaceflight vehicle that can provide NASA the tools it needs for deep space exploration. The SLS can bring equipment into space that is too large for the Falcon Heavy.

The Falcon Heavy launch turned heads in February, but SpaceX’s rocket is a smaller type of rocket that can’t meet NASA’s deep space needs. Once the Boeing-built SLS is operational, it will be the most powerful rocket ever built.

Watch U.S. Fly will keep you updated as the competition between Boeing and SpaceX heats up.

Learn more about why the SLS is the right choice for NASA.