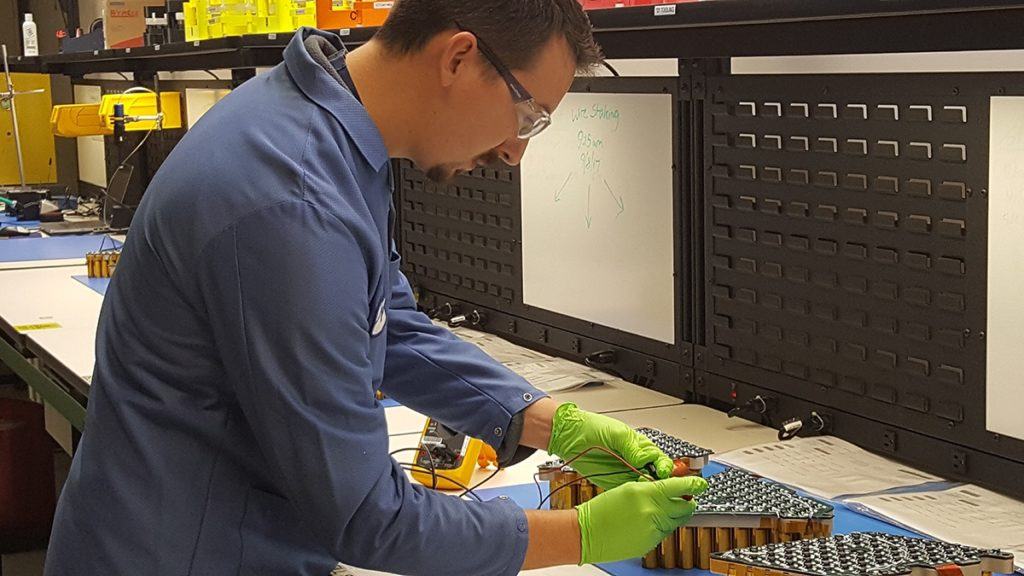 When Boeing’s CST-100 Starliner launches into orbit, it’s going to require a lot of energy to power the spacecraft’s critical systems throughout the flight. To keep up with the Starliner’s demands, a team in Huntsville, Alabama, assembled, tested, and delivered the world’s largest and most complex Lithium Ion battery system for human spaceflight.

Remarkably, the basic building block is a rechargeable individual cell that is slightly larger than an AA battery commonly used in a small flashlight. With more than 5,000 of these cells housed in a dozen battery assemblies, the Starliner packs a lot of power into a small system to maximize efficiency.

Key features of what the team calls the “Battery Management System” include safety elements built into the battery modules and cells. The layers of safety begin with the individual cells and progress within the battery’s subcores. Each battery then reports performance data to the Starliner’s computers where the overall health of the system is monitored and controlled.

Innovative features, like this battery system, are helping lay the groundwork for safe, reliable and affordable spaceflight to ensure NASA and the United States remain a leader in space exploration.