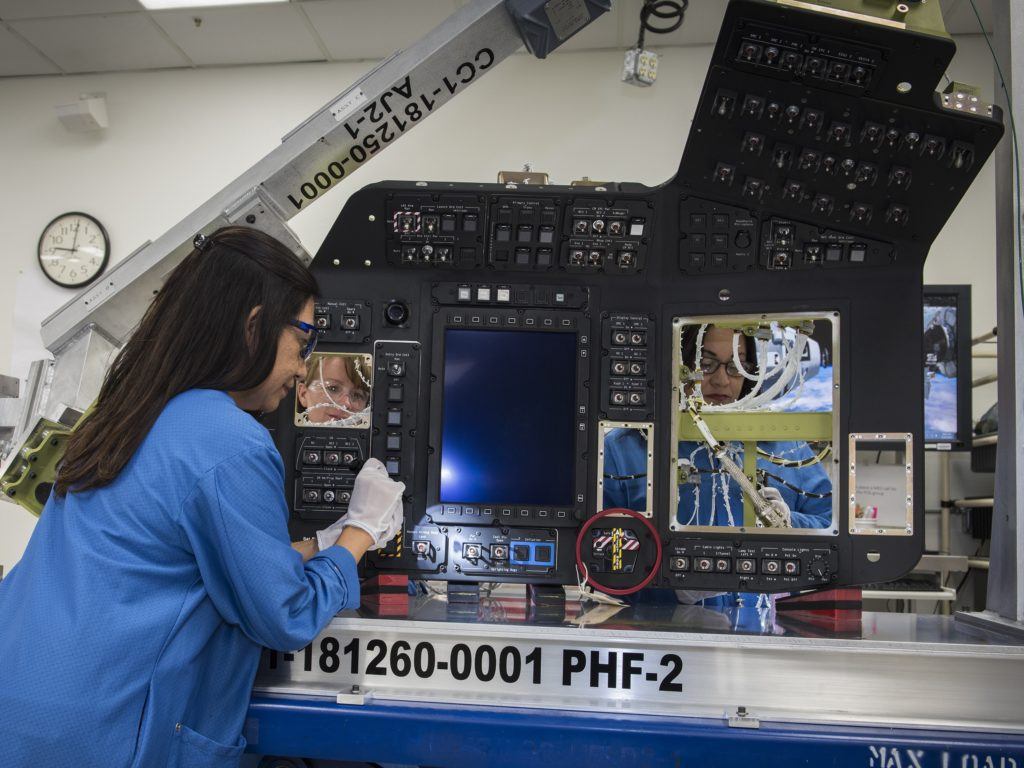 When two test pilot astronauts head into space aboard Boeing’s CST-100 Starliner spacecraft, they won’t just be looking out the windows to catch an array of breathtaking views.

It will be all business as they focus on the data coming off a console originally imagined and designed by a team in Houston, and later refined and built by a small team in Mesa, Ariz. The dashboard of displays, instruments and controls will be within arm’s reach of the spacecraft’s commander and pilot, much like the flight deck of a 747 aircraft or the cockpit in an Apache helicopter.

Operating on a rigorous timeline and working through challenges unique to human spaceflight, members of Mesa’s Metals Center of Excellence, Electrical Center of Excellence and engineering organization came together to complete the design and manufacture in just less than a year. This innovation shows the power of pulling ingenuity from across the Boeing network.

The Mesa team also built a console that is hooked up to the Florida Systems Integration Lab, where engineers are running through mission simulations and testing flight software. Building will begin soon on the third and final console for the spacecraft that is slated to fly the uncrewed orbital demonstration mission before it turns around for multiple NASA missions to the space station.