Chinook’s “Into the Wild” Humanitarian Mission

The iconic CH-47 Chinook helicopter is best known for its incredible defense capabilities and the critical role it has played in military operations for more than five decades. What is less known is the integral role it plays in domestic and humanitarian missions.

The Alaska National Guard recently deployed a CH-47 Chinook to remove an infamous bus out of the Alaskan wilderness after it had become a dangerous tourist attraction. 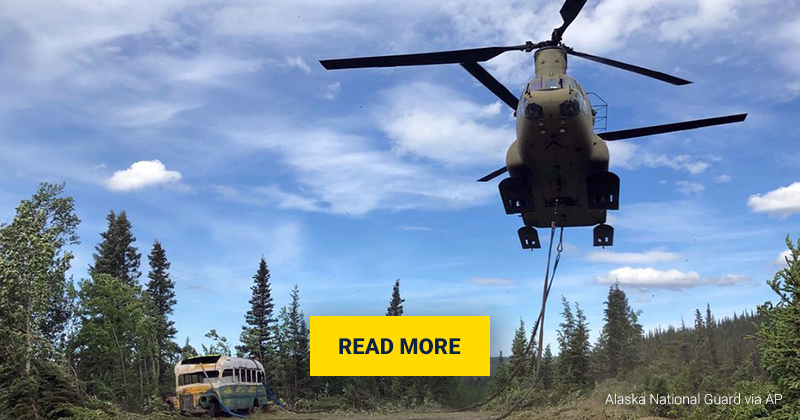 The “Into the Wild” bus, made popular by both the book and movie that depicted a harrowing and tragic journey of a young man who lost his life, has been a popular destination for tourists but has resulted in more than 15 search-and-rescue missions and sadly, more lives.

The CH-47 Chinook and brave members of the Alaska National Guard will help save lives in the future with the bus’s removal.