How Chinese Tariffs Could Affect the U.S. Aerospace Industry

The United States aerospace industry is a world leader that employs 1.4 million people across all 50 states. It also contributes an enormous amount to America’s GDP each year and is one of the single largest factors working to level our trade imbalance with other countries.

Because aerospace is a global industry, Boeing also faces unique and complicated challenges between foreign competitors and overseas governments. Recently, the United States government proposed a series of tariffs on some Chinese goods, including aerospace products, and the Chinese have similarly proposed tariffs on certain U.S. goods, also including some airplanes.

None of these tariffs are in effect right now and won’t be unless trade negotiations between our two countries fail. At this point, it is not clear what impact this will have on Boeing and the U.S. aerospace industry. Our manufacturers work with customers and suppliers all around the world, and any trade negotiations should focus on continuing to grow this dynamic industry. 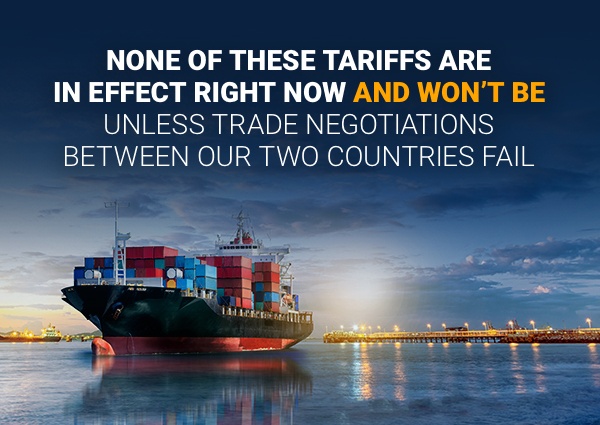 Watch U.S. Fly will continue monitoring and providing you updates on any issues that could affect our community, manufacturing jobs in the United States, and our world leading aerospace industry.