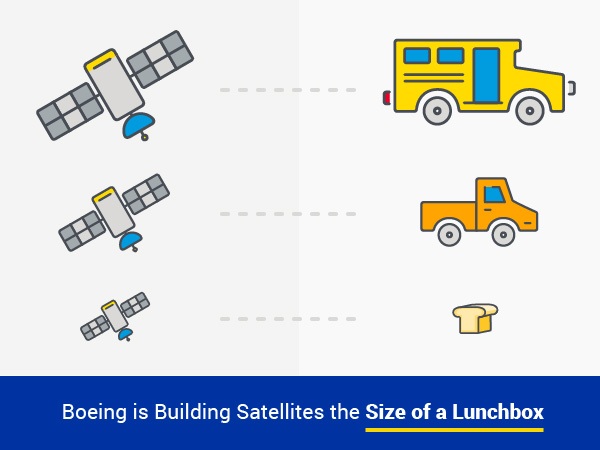 Why are these tiny satellites important to a company that is building the biggest rocket ever?

From tracking troop movements in realtime to providing broadband internet access to rural areas across the globe, Boeing and Millennium Space Systems are connecting the world and keeping our soldiers safe. Small satellites are also cheaper to make and launch than traditional satellites.

Find out more about how Boeing is using small satellites to change how the world works.