The world’s bestselling airplane is the Boeing 737 — made right here in America by American workers.

But the 300,000 American jobs that support the production of these planes are in jeopardy due to the trade violations by foreign airplane maker, Bombardier. 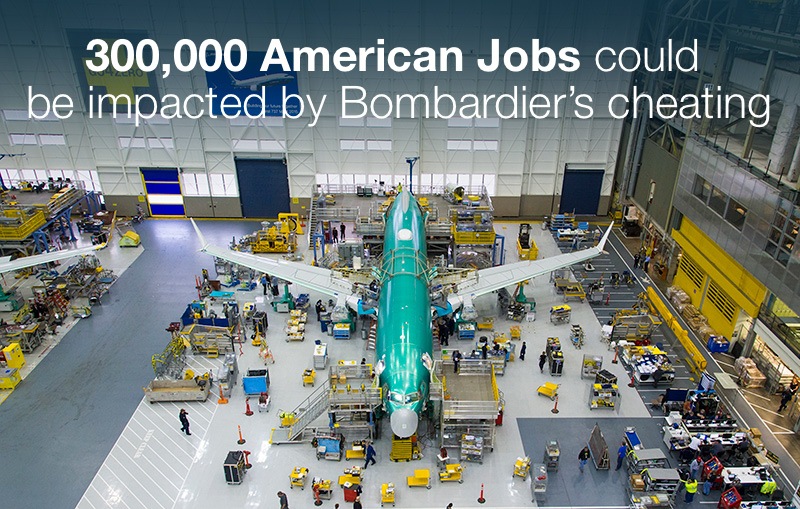 Using subsidies from foreign governments, Bombardier has been selling their C Series planes in the U.S. for well below what they charge in Canada (and well below the cost to produce the planes). This is prohibited by U.S. and international trade law.

Why does this matter? Because international trade agreements were designed for a reason — to ensure fair competition and a level playing field.

There are serious consequences of an uneven playing field. For example, massive illegal subsidies from European governments have enabled Airbus to capture significant market share unfairly.

Competition is at the very core of the U.S. economy, and American workers need a level playing field so they don’t face an unfair disadvantage.

Learn more about the Boeing 737 by taking a virtual tour of the Renton factory where the bestselling commercial jetliner in history, the Boeing 737, is manufactured.