Where were you two years ago?

We know where the Boeing-made X-37B was — making its way into space. Why does that matter today?

Because after 780 days in space, the spacecraft set the record for the longest flight mission in Earth’s orbit.

The U.S. Military has launched the X-37B five different times, with each mission longer than the last. 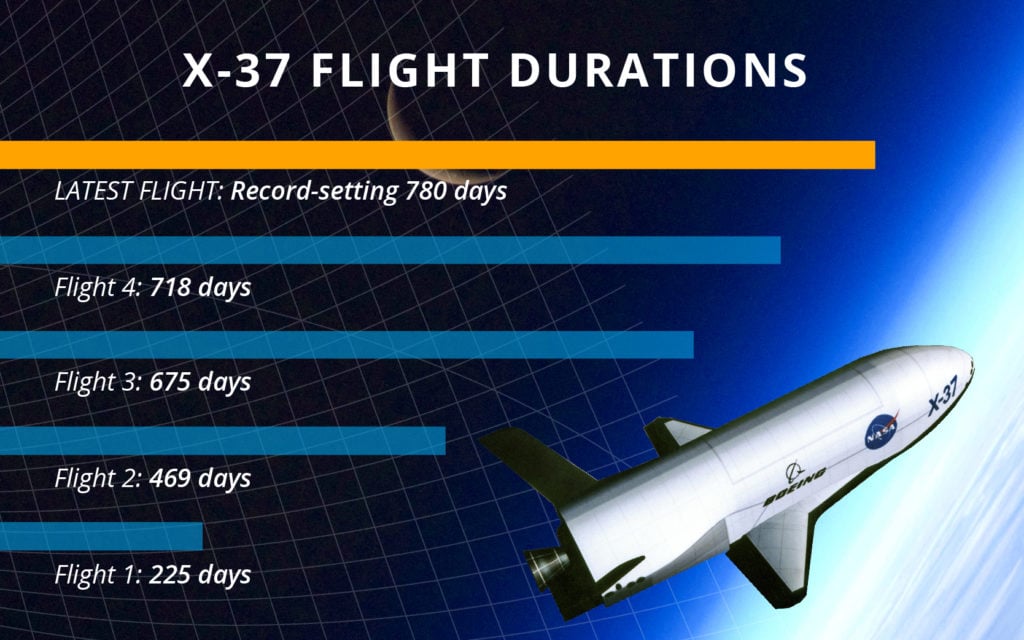 The X-37B is unique. In fact, it’s spent more than 7.5 years total in orbit across all of its missions.

This amazing spaceplane launches into space on a rocket, then separates from it to carry out its mission, then re-enters the atmosphere and lands on a runway just like an airplane.

The X-37B is a spacecraft built with the latest innovative technologies to ensure our national security and is designed to carry out important experiments that can be examined once they get back to Earth.

As we continue to utilize the American-made X-37B in our solar system, we are relieved to know the Air Force is breaking records to protect the United States.