A Round Trip Ticket to the Moon

NASA’s Space Launch System (SLS) is the largest, most powerful rocket ever built. It will be the premier vehicle to transport astronauts, cargo, and scientific experiments to the Moon.

Astronauts on SLS will travel 240,000 miles on their journey from Earth to the Moon. That’s equivalent to 10 trips around the Earth’s equator. It will take three days for astronauts to reach the Moon. That’s four times longer than the longest commercial flights in the world. 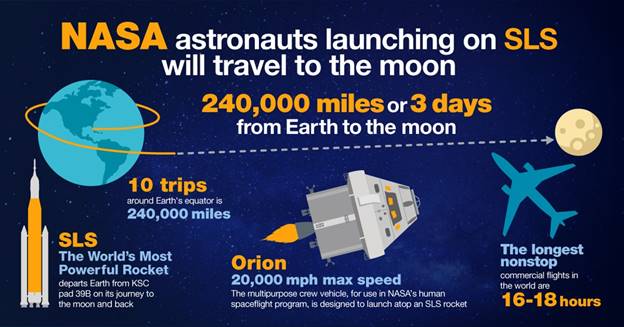 SLS will not only deliver astronauts to the Moon, but also to Mars and Deep Space. It will usher America into the next generation of space exploration.